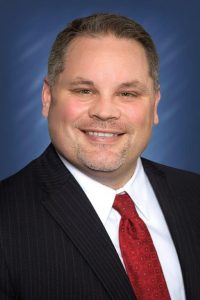 Seth Rowland is owner of the American Family Insurance Seth Rowland Agency located in downtown Bettendorf, IA.  People in the surrounding communities have been trusting him with their insurance needs since his office opened in 2004.

Seth earned his Bachelor of Arts degree from St. Ambrose University and carries insurance licenses in Iowa, Illinois, Missouri, Kansas, and Arizona.  He served as a board member for the Greater Quad Cities Hispanic Chamber of Commerce for eight years.  Seth has been awarded with District 722 ACP Agent of the year in 2005, Small business of the year from the GQCHCC, multiple All-American designations from American Family Insurance, multiple American Family Life Insurance Sales awards, and numerous American Star awards that are given to agents who exhibit exceptional customer satisfaction based on client reviews.

Seth is a lifelong Quad City resident who resides in Bettendorf with his wife Desiree and children Ava and Cooper.