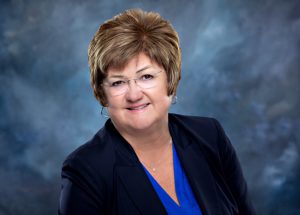 Nancy Ballenger is Vice President and General Manager of the Isle Casino Hotel, Bettendorf (an Eldorado Resorts property) having been in this role since April 2008Most recently, in 2016, she oversaw the Isle’s $60 million land-base renovations resulting in a new 35,000 square foot casino.

Nancy was recently awarded the Iowa Women Leaders in Gaming Founders Award in recognition of her leadership role and her significant impact on Iowa’s gaming industry. She also actively serves on numerous boards in her community including the Downtown Bettendorf Organization, the Putnam Museum, the Scott County Family Y, and the Quad Cities Convention and Visitors Bureau.

Nancy holds a bachelor’s degree from Iowa State University; is a graduate of the Executive Development Program, University of Nevada; and a graduate of Tom McCarthy’s Hotel Professional Education Series. She resides in Bettendorf with her daughter, Dana.