Downtown Bettendorf made its newest national debut Friday, Feb. 4, in a video entitled BETTendorf On Downtown! that showcased what people can experience and enjoy throughout this city’s vibrant core. The message the video conveys is just as impactful: Downtown Bettendorf is thriving.

“There is real momentum in the downtown and it continues to grow stronger,” said Ryan Jantzi, Director of the Downtown Bettendorf Organization (DBO), an affiliate of the Quad Cities Chamber. “For a few years during the I-74 bridge construction it felt like we were climbing a mountain, and now we’ve hit the peak and are starting to come down the other side, starting to see our real potential and what is on the horizon for future development, and it is fueling our efforts,” he said.

Downtown businesses are expanding. Riverside Grille, now at 1733 State St. will open in a new location also in the 1700 block of State Street, where customers can enjoy patio and deck seating, as well as events for up to 250 people in the banquet hall. And already, the space Riverside is vacating has been claimed by Within and Once Again Furniture, which is expanding its footprint from its current site at 710 14th St.

Office space is filling up as well. Geico Insurance recently opened an office at 1717 State St. And the City of Bettendorf is reviewing proposals from developers who want to reinvent the former Herbert D. Goettsch Community Center at 2204 Grant St. into a mixed-use development with retail and residential units, which Jantzi said will spark further development in eastern downtown.

“We are excited for the growth on the west side of the bridge as well. Construction on the urban park under the new bridge begins this spring and when it is complete will include elevator access to the walking path on the new bridge. Once the former bridge is removed the land below will be available for development, and we’ve already seen some interest,” Jantzi said.

Josh Howat said Downtown Bettendorf has transformed in the past 12 years. He and his wife, Amber, own The Bulldog Arms at 1716 State St., and are excited to see the momentum grow. New businesses opening, and others expanding are bringing more people downtown, he said. “It opens up a lot of possibilities for us when you have a large concentration of people in one place. We are looking forward to upcoming events like the parade, not only because it will go right past my business but also because it will expose a lot of people to Downtown Bettendorf. I hope they explore, see what’s been going on and appreciate all of the changes,” he said.

The I-74 bridge once hindered economic development in Downtown Bettendorf, Jantzi said. “Now it is fostering economic development. DBO will continue to work with the City to build infrastructure and open more access to the river, which will benefit and draw more businesses, visitors and residents. We will continue to grow and attract more as we build on our welcoming and inviting atmosphere,” he said. 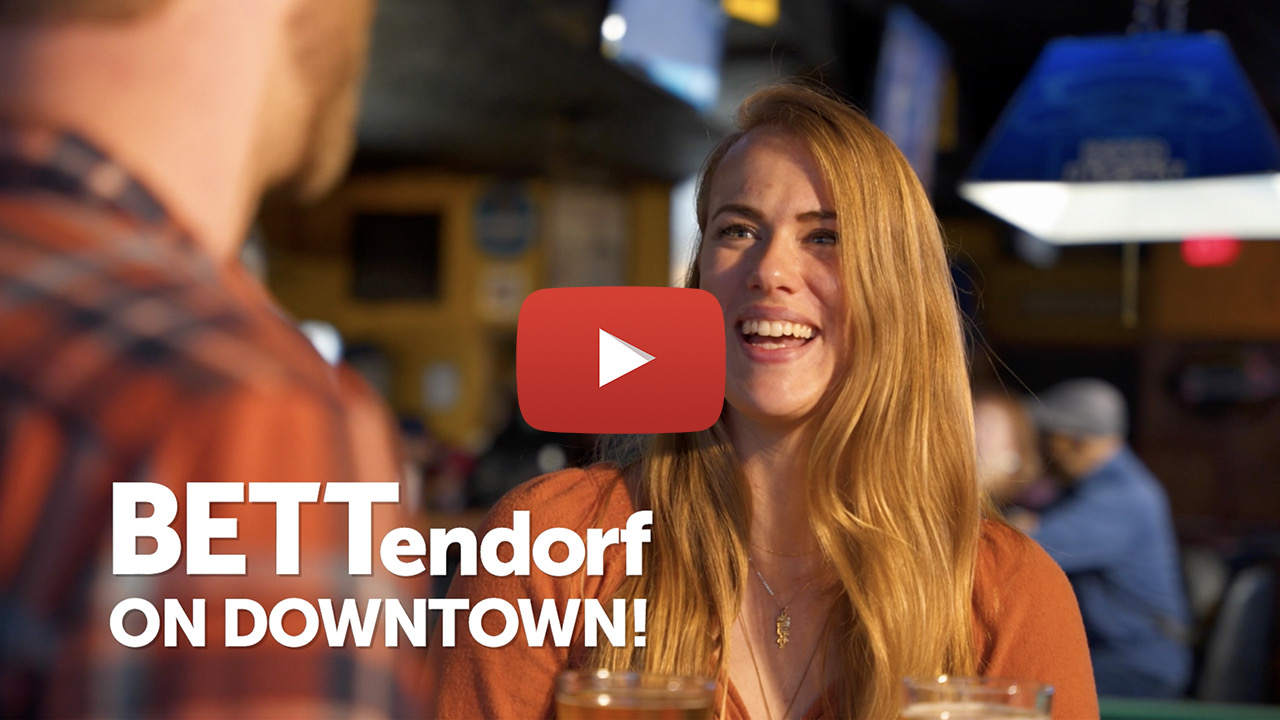