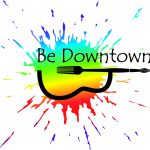 “In order to keep Quad Citizens and visitors safe, we felt it best to cancel events that included large gatherings downtown,” stated Kyle Carter, Executive Director of DDP. “We will continue to support our downtown businesses as we have throughout the pandemic with promotions that encourage people to eat, drink, shop and explore downtown within public health guidelines.”

“The Downtown Bettendorf Organization is celebrating its one-year anniversary this month,” stated Ryan Jantzi, Director of DBO. “Although we’re disappointed that we won’t be able to host Be Downtown this year, we are able to support our downtown businesses in other ways including new streetscape improvements and our new promotions committee will develop a marketing campaign to promote downtown businesses.”